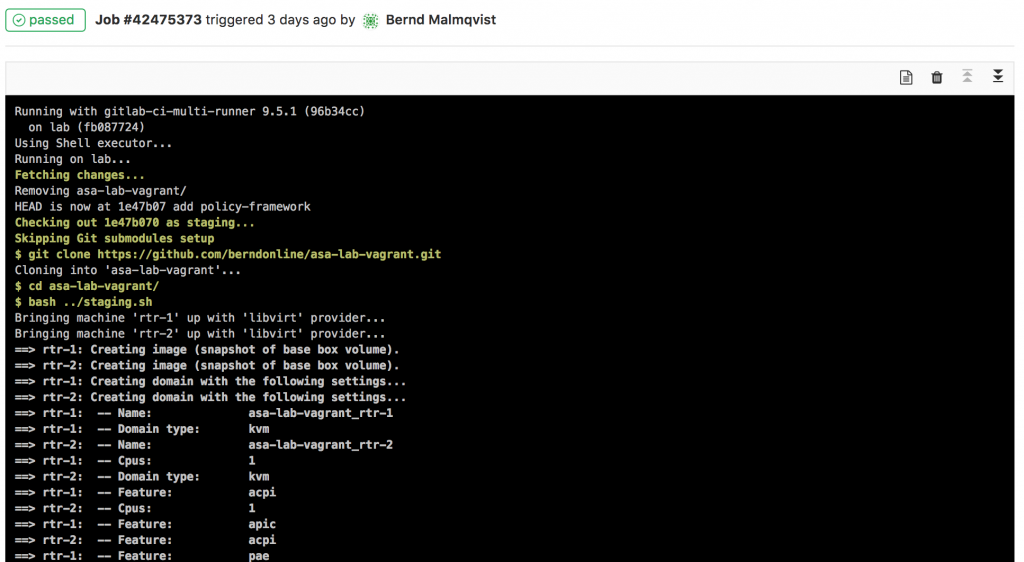 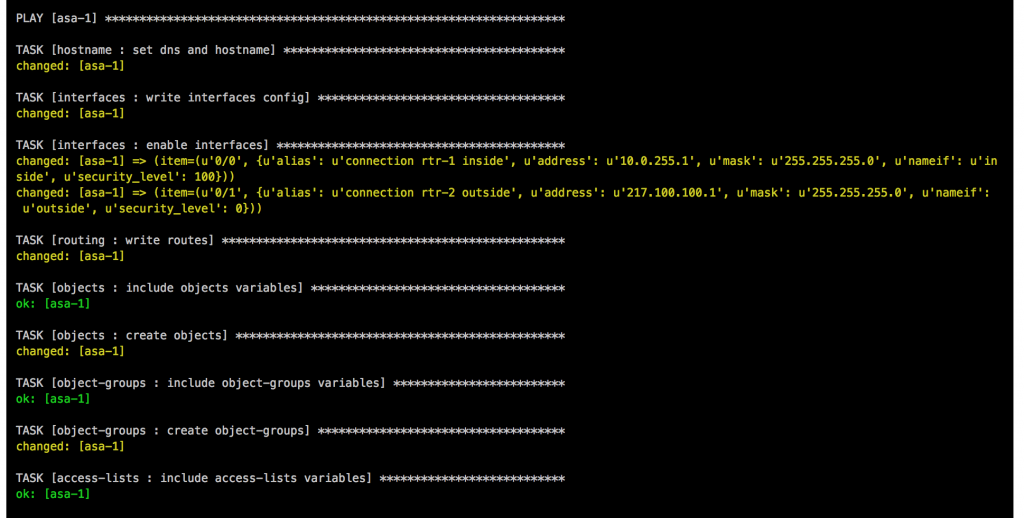 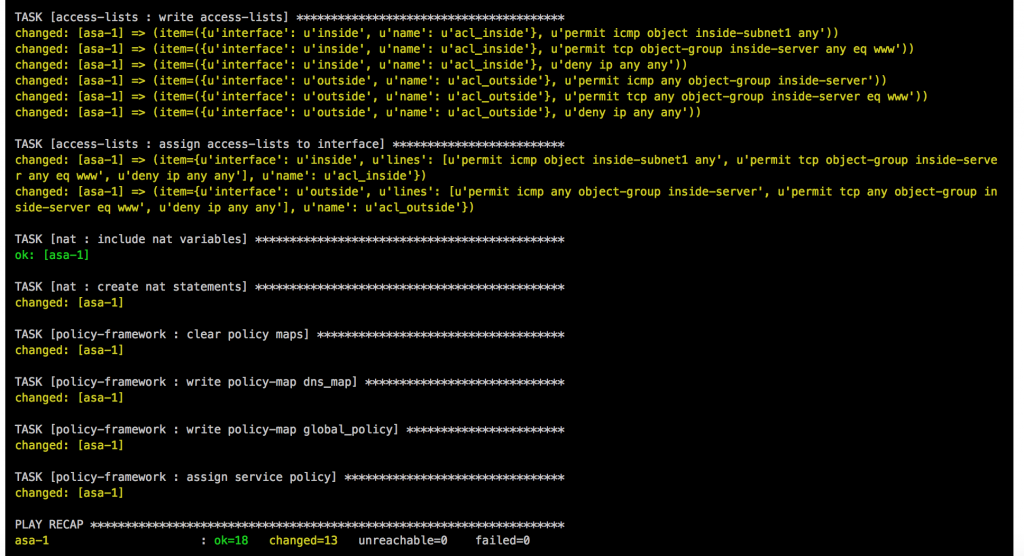 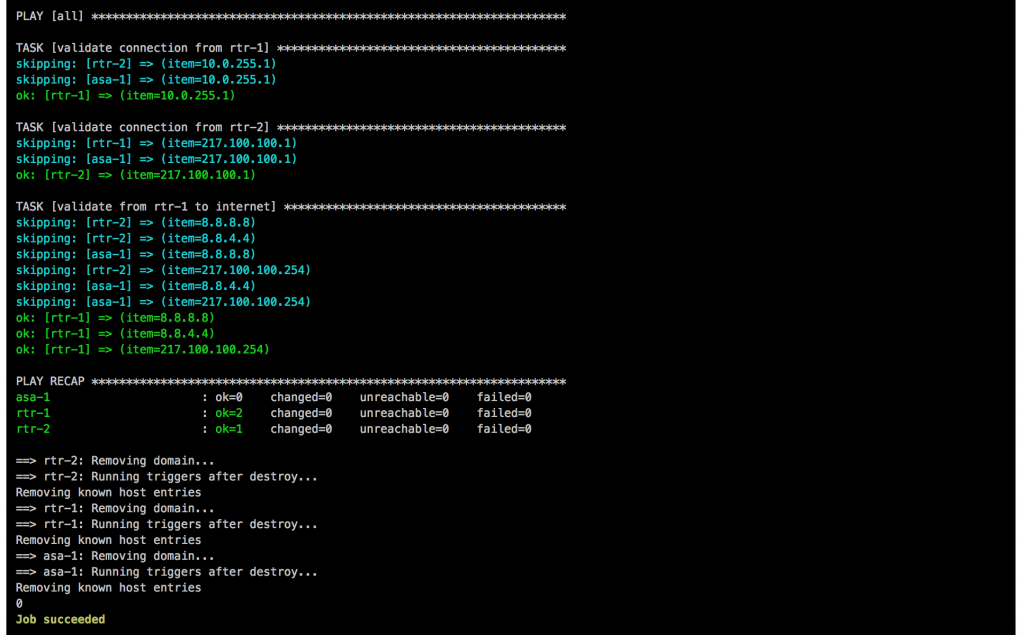 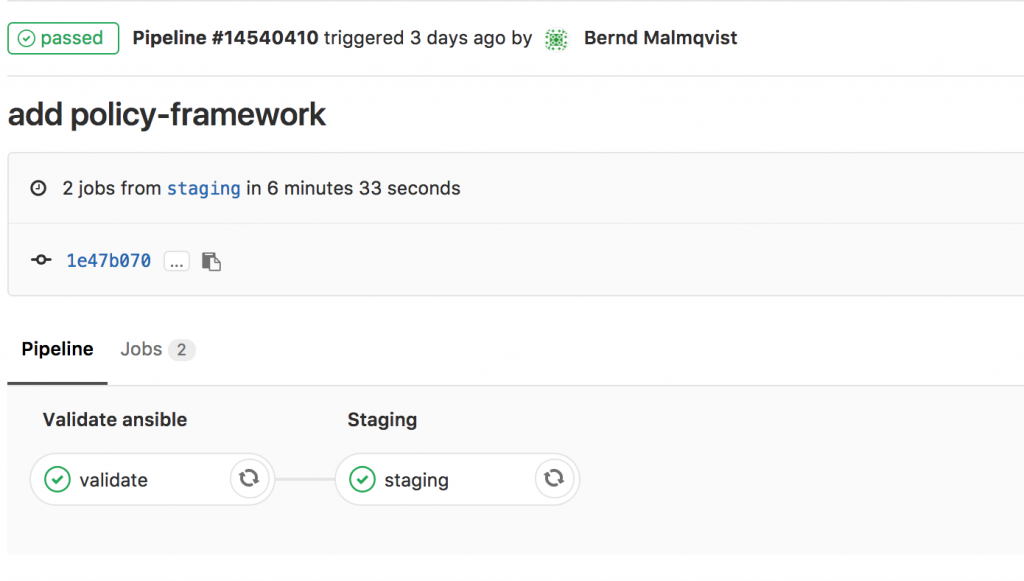 Like in my previous post in the new development version 2.2. from Ansible are new IOS and ASA core modules.

Here an example of the asa_config and asa_acl module to create and object-group in the first step and create the inside create access-list:

Here output when you run the playbook the first time:

Here the output then you run the playbook a second time, you see nothing is changed: